The 14th of February–love holiday or wine feast

Bulgaria is a crossing point of different customs and traditions since the Antiquity. On the 14th of February Bulgarians usually celebrate the day of St. Trifon Zarezan. The holiday is dedicated to the wine and wine-growers. On this day, after a solemn mass, wine-growers cut several outgrowths of the vines in their vineyards. This is an ancient fertility ritual. The celebration continues with a “King of the vineyard” contest. The most honest and good-natured man from the wine-growers becomes a “king” and a crown of vine wands is the symbol of his majesty. Then people escort him to his home where the “king” organizes a rich feast. If he is happy and lucky man during the year the grape crops would be rich.

The roots of this holiday are hidden in the far distant past and probably is related to the Thracian god of the wine – Dionysius. The pagan customs messed with the Orthodox traditions and people invented an amusing legend about Trifon Zarezan. He was a common wine-grower. One day he went to his vineyard to cut the vine outgrowths. He met his sister Virgin Mary and joked with her for that she had an illegitimate child. She decided to punish him. Virgin Mary went to Trifon’s wife and told her that Trifon had cut his nose. His wife rushed towards the vineyard to help hers husband but she saw he is fine. The woman told him what happened and Trifon started laughing. He said that this is impossible, but when he waved with a hand he really cut his hose with the pruning-knife. This accident gave him his nickname – “Zarezan” which means “truncated”. Real St. Trifon died as a martyr during the roman persecution over the Christians. But people didn’t want to relate his name with sadness and pain, so they crowned him with the nimbus of the wine and rejoicing.

Hundred years later the heirs of people, who created the legend of Trifon Zarezan, heartily accepted a beautiful Western European holiday, St. Valentine’s day, which is dedicated to the love. Accidentally or by the will of the omnipresent Fate the two holidays are on the same date. Probably because the wine runs the feelings high, or because the love is sweeter with a glass of wine, but for more than 10 years the two saints joined hands here in Bulgaria, spreading love and merriment around us. Beautiful red rose appeared next to the vine wand and the dearest feeling poured out, as the wine in the glass, in a small, exquisite valentine’s.

But who is St. Valentine? Like his Balkan brother he lived during the first centuries A.C. and just like him he died as a Christian martyr. There are many legends about St. Valentine but the most touching one says that Valentine was a Christian priest during the rule of Clavdius ІІ. The Emperor had difficulties to assemble his army and he found the reason in the adherence of the men to their wives and families. So the marriages were forbidden by the Emperor but Valentine continued to perform the marriage ceremony in secret. One day the prison warder came to him and asked him to cure his blind daughter. Several weeks passed away and Valentine still couldn’t help the girl but he felt in love with her. One day the soldiers arrested Valentine and put him in the prison because of his religion. The jailer wanted to help him but all that the priest wished, was a piece of paper and ink. He wrote a letter to the girl and the warder gave it to his daughter. Later on Valentine was executed. When the maid opened the letter a miracle happened and she saw again. And the first thing she saw was yellow saffron and a massage – “From your Valentine”. Even today the valentine’s cards have been signed this way. The receiver should guess who sends the love message.


That’s how the two saints, from different parts of Europe, spread affection and joy among people for centuries. But only in the lovely Bulgaria they had an appointment. May be they are sitting on a white cloud with a glass of mature wine, looking at our rushing daily round. And each year on the 14th of February Valentine and Trifon say each other “Cheers”, and people on the Earth start celebrating, sending flowers and valentine’s cards, drinking wine, making love and entertaining themselves. No matter which saint you would give an honour you should do this with your beloved, great passion and good wine. VisitBulgaria. 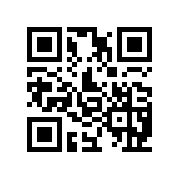