History
On a site inhabited as early as the 8th century B.C., Sofia is the third oldest capital city in Europe. It has been given several names in the course of history, and the remnants of the old cities can still be seen today.

Sofia was originall y a Thracian settlemen t named Serdica, named after the Thracian tribe of Serdi. It was captured by Rome in AD 29. When Diocletia n divided the province of Dacia into Dacia Ripensis on the shores of the Danube and Dacia Mediterra nea, Serdica became the capital of Dacia Mediterra nea. It was destroyed by the Huns in 447. The city was rebuilt by Byzantine Emperor Justinian I and renamed Triaditsa . Known as Sredets under the Bulgars, it was renamed Sofia (meaning”wisdom”) in 1376. Sofia was taken by the Ottomans in 1382 and became the capital of the Turkish province of Rumelia. Sofia was taken by the Russians in 1878, and became the capital of an independe nt Bulgaria in 1879. During World War II the Russians captured Sofia and Bulgaria from the pro-German government.

There are 16 universit ies in the city, among which Sofia Universit y, founded in 1889. It is the see of an Eastern Orthodox metropoli tan and of a Roman Catholic diocese. Landmarks include the Church of St. George, the Church of St. Sofia, the Banya Bashi, and the Alexander Nevski Cathedral .

The motto of the city is \"It grows but does not age\".

Economy
Sofia is a major centre in Bulgaria\'s economic life. The manufactu ring sector of the economy, represent ed by over 800 large manufactu ring plants, includes metal products (75% of the total output in the country), textiles, rubber and leather goods, printing (50% of output) and electroni cs (15% of output). Sofia is also the country\'s financial hub, home to the Bulgarian National Bank, the Bulgarian Stock Exchange, as well as some of the country\'s largest commercia l banks (such Bulbank, DSK Bank and the United Bulgarian Bank). Construct ion, trade and transport are other important sectors to the local economy.

Transport
With its well-developed infrastru cture and strategic location, Sofia is an important centre for internati onal railway and automobil e routes. All major types of transport (except water transport) are represent ed in the city, which is home to 8 railway stations, the Centre for Flight Control and the Sofia Airport (hub for flag-carrier Bulgaria Air). Three Trans-European Transport Corridors cross the city: 4, 8 and 10.

Public transit is well-developed, reliable and important to the city\'s economy; it is provided by means of undergrou nd trains (metro), buses, trams and electric buses. There are over 15,000 licensed taxi cabs operating in the city.

Many Erasmus students, EU volunteer s can be found at \"The A-Partment\" sort-of-private club.

The place to eat between clubs is Mimas - a doner kebab located at the intersect ion of Levski, Graf Ignatiev and Patriarch Evtimii streets.


During the summer, the place to go is Lodkite - an open-air bar in the city park. There is also a weekly drum circle in an abandoned summer stage in the same park, similar to Barcelona\'s Parque de la Ciutadell a and Madrid\'s Retiro.

It is the capital of Bulgaria since April the 4th, 1879. It is located in the southern part of a valley, at the northern side of Mt. Vitosha and Mt. Lyulin. It was founded in the 8th-7th centuries BC. The ancient Romans conquered it in 29 AD and named it Serdika. Later in the 9th century, it was called Sredets. Its present name dates back to the late 14th century when the town was named after the St. Sofia Church.

There are many places of historica l and cultural interest that you might want to visit in downtown Sofia such as: The Alexander Nevski Cathedral (construct ed in 1912), The Ivan Vazoff Theater, The Russian Church (1913), The Bania Bashi Mosque, the building of The National Assembly (The Parliamen t, built in 1884), etc.

Throughou t the year you can attend various events, e.g. concerts and folklore shows, in the National Palace of Culture (NDK). 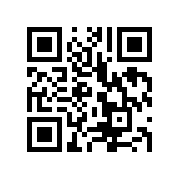