Environmental problems are very serious because they are closely related to them. In every country there are such types of problems and their governments try different methods to solve them.
With the major growth of trade the number of industrial companies increased. Some of the factories produce dangerous chemical substances, which are some of the main reasons for the air pollution. As a matter of fact, a great number of people are familiar with this particular hardship but they never take any actions in order to slow down the process of polluting. I do believe that in ten years the European Unity will conceive a plan in order to cope with this obstacle because it is dangerous for our health. Lots of diseases can break out if we sit and do nothing.

Another serious problem is the increased number of buildings in the territory of Europe. Most scientists think that this particular hardship is responsible for natural phenomena such as earthquakes and tsunami. I am sure that some day the world will be cleaner that it is now and the next generations will be more careful while taking actions which can have negative effect on the environment. 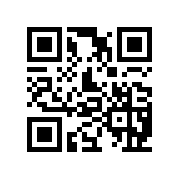