Easter
I INTRODUCTION
Easter, annual festival commemorating the resurrection of Jesus Christ, and the principal feast of the Christian year. It is celebrated on a Sunday on varying dates between March 22 and April 25 and is therefore called a movable feast. The dates of several other ecclesiastical festivals, extending over a period between Septuagesima Sunday (the ninth Sunday before Easter) and the first Sunday of Advent, are fixed in relation to the date of Easter.
Connected with the observance of Easter are the 40-day penitential season of Lent, beginning on Ash Wednesday and concluding at midnight on Holy Saturday, the day before Easter Sunday; Holy Week, commencing on Palm Sunday, including Good Friday, the day of the crucifixion, and terminating with Holy Saturday; and the Octave of Easter, extending from Easter Sunday through the following Sunday. During the Octave of Easter in early Christian times, the newly baptized wore white garments, white being the liturgical color of Easter and signifying light, purity, and joy.

II PRE-CHRISTIAN TRADITION
Easter, a Christian festival, embodies many pre-Christian traditions. The origin of its name is unknown. Scholars, however, accepting the derivation proposed by the 8th-century English scholar St. Bede, believe it probably comes from Ēastre, the Anglo-Saxon name of a Teutonic goddess of spring and fertility, to whom was dedicated a month corresponding to April. Her festival was celebrated on the day of the vernal equinox; traditions associated with the festival survive in the Easter rabbit, a symbol of fertility, and in colored easter eggs, originally painted with bright colors to represent the sunlight of spring, and used in Easter-egg rolling contests or given as gifts.
Such festivals, and the stories and legends that explain their origin, were common in ancient religions. A Greek legend tells of the return of Persephone, daughter of Demeter, goddess of the earth, from the underworld to the light of day; her return symbolized to the ancient Greeks the resurrection of life in the spring after the desolation of winter. Many ancient peoples shared similar legends. The Phrygians believed that their omnipotent deity went to sleep at the time of the winter solstice, and they performed ceremonies with music and dancing at the spring equinox to awaken him. The Christian festival of Easter probably embodies a number of converging traditions; most scholars emphasize the original relation of Easter to the Jewish festival of Passover, or Pesach, from which is derived Pasch, another name for Easter. The early Christians, many of whom were of Jewish origin, were brought up in the Hebrew tradition and regarded Easter as a new feature of the Passover festival, a commemoration of the advent of the Messiah as foretold by the prophets.
III THE DATING OF EASTER
According to the New Testament, Christ was crucified on the eve of Passover and shortly afterward rose from the dead. In consequence, the Easter festival commemorated Christ’s resurrection. In time, a serious difference over the date of the Easter festival arose among Christians. Those of Jewish origin celebrated the resurrection immediately following the Passover festival, which, according to their Babylonian lunar calendar, fell on the evening of the full moon (the 14th day in the month of Nisan, the first month of the year); by their reckoning, Easter, from year to year, fell on different days of the week.
Christians of Gentile origin, however, wished to commemorate the resurrection on the first day of the week, Sunday; by their method, Easter occurred on the same day of the week, but from year to year it fell on different dates.
An important historical result of the difference in reckoning the date of Easter was that the Christian churches in the East, which were closer to the birthplace of the new religion and in which old traditions were strong, observed Easter according to the date of the Passover festival. The churches of the West, descendants of Greco-Roman civilization, celebrated Easter on a Sunday.
IV RULINGS OF THE COUNCIL OF NICAEA ON THE DATE OF EASTER
Constantine the Great, Roman emperor, convoked the Council of Nicaea in 325. The council unanimously ruled that the Easter festival should be celebrated throughout the Christian world on the first Sunday after the full moon following the vernal equinox; and that if the full moon should occur on a Sunday and thereby coincide with the Passover festival, Easter should be commemorated on the Sunday following. Coincidence of the feasts of Easter and Passover was thus avoided.
The Council of Nicaea also decided that the calendar date of Easter was to be calculated at Alexandria, then the principal astronomical center of the world. The accurate determination of the date, however, proved an impossible task in view of the limited knowledge of the 4th-century world. The principal astronomical problem involved was the discrepancy, called the epact, between the solar year and the lunar year. The chief calendric problem was a gradually increasing discrepancy between the true astronomical year and the Julian calendar then in use.
V LATER DATING METHODS
Ways of fixing the date of the feast tried by the church proved unsatisfactory, and Easter was celebrated on different dates in different parts of the world. In 387, for example, the dates of Easter in France and Egypt were 35 days apart. About 465, the church adopted a system of calculation proposed by the astronomer Victorinus (flourished 5th century), who had been commissioned by Pope Hilarius to reform the calendar and fix the date of Easter. Elements of his method are still in use, although the Scythian monk Dionysius Exiguus made significant adjustments to the Easter cycle in the 6th century. Refusal of the British and Celtic Christian churches to adopt the proposed changes led to a bitter dispute between them and Rome in the 7th century.
Reform of the Julian calendar in 1582 by Pope Gregory XIII, through adoption of the Gregorian calendar, eliminated much of the difficulty in fixing the date of Easter and in arranging the ecclesiastical year; since 1752, when the Gregorian calendar was also adopted in Great Britain and Ireland, Easter has been celebrated on the same day in the Western part of the Christian world. The Eastern churches, however, which did not adopt the Gregorian calendar, commemorate Easter on a Sunday either preceding or following the date observed in the West. Occasionally the dates coincide; the most recent times were in 1865 and 1963.
Because the Easter holiday affects a varied number of secular affairs in many countries, it has long been urged as a matter of convenience that the movable dates of the festival be either narrowed in range or replaced by a fixed date in the manner of Christmas. In 1923 the problem was referred to the Holy See, which has found no canonical objection to the proposed reform. In 1928 the British Parliament enacted a measure allowing the Church of England to commemorate Easter on the first Sunday after the second Saturday in April. Despite these steps toward reform, Easter continues to be a movable feast. 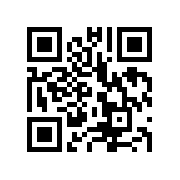