What is Air Pollution
Air Pollution contamination of the atmosphere by gaseous, liquid, or solid wastes
that can endanger the health of human beings, plants, and animals, or that can damage
materials, reduce visibility, or produce undesirable odors.
Air Pollution Statistics

Approximately 80% of our air pollution comes from hydrocarbons released by vegetation.

Air pollution is caused by many things such as car fumes, burning of fossil fuels,
furnaces. By letting all these gases release into the air, it makes it harder to breathe.
Ozone can cause part of your lungs to close off and make it harder to breathe.
The tall smokestacks used by industries and utilities do not remove pollutants but
simply boost them higher into the atmosphere. These pollutants may then be transported
over great distances, causing adverse effects such as acid rain in areas far from the
emission site. The worldwide increase in the burning of coal and oil since the late 1940s
has led to increasing concentrations of carbon dioxide. The resulting greenhouse effect has
reduced the escape of infrared radiation from the earth, causing a possible global warming
trend.


The Prevention of Air Pollution

To cut down on all the pollution being released into the air, we have removed the
pollutant before materials are used, removed the pollutant after it is formed, or altered the
process to lower pollutant levels produced.
In the United States, the Clean Air Act of 1967 is the legal basis for air-pollution
control. The Environmental Protection Agency is responsible for enforcing the act.
Internationally, 49 countries agreed in 1985 on a United Nations convention to protect the
ozone layer. This agreement, which was renegotiated in 1990, calls for the phaseout of
certain ozone-destroying chemicals by the year 2000. 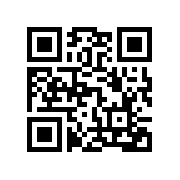