Someone once said: “There are unforgettable persons but not irreplaceable.” But I believe that one is the director of one’s own play and should not live with the idea that somebody else can take full control over one’s life. Also, implicit belief in destiny might be merely an excuse for humans without power to stand up for their wishes and desires.

Firstly, I face up to the reality of life every day and I make my own decisions which make me unique. For instance, a mere decision such as preferring visiting friends in the nearby village instead of going to the mountain made a big difference for me a year ago. If I hadn’t done that, maybe I would never have taken to my closest friend. Such things make me consider life not a stage where we have no power to change the outcome, but a play in which we have the role of a lifetime.

Furthermore, even if there were something that controls our lives, our character, appearance and humanity depend only 10 percent on what happens to us and 90 on how we respond to it. We all have out ups and downs but not all of us are capable of dealing with life’s trials. For example, fifty years ago after the end of the dreadful World War II thousand of soldiers and soldiers’ wives and children were left broke, homeless and sick. Many of them gave up and committed suicide or became alcoholics but quite a few didn’t back down and started building their lives once more.

All in all, I cannot thoroughly agree with Shakespeare’s words. It may be easier to believe that whatever you do, the lines of your part are written by an almighty hand and you are unable to change the script. However I would not give up and let my life go on by itself.

Nothing good, nothing worthy, nothing creative can be born of hatred. Hatred breeds hatred

Hatred born in our hearts is the meanest emotion we can feel. We can see its ugly face in a war, for example, but it appears in our relationships as well.

Undoubtedly, nothing good, nothing beautiful and creative can be born out of hatred. It destroys not only human destinies but also our souls, if we let it do it. Hatred is like leprosy, a lethal disease which slowly but inevitably destroys the human body and leads to death. When I think of hatred, the repulsive face of war comes to my mind first. And the most recent example we can see is the war between the USA and Iraq. The war that separated the world between Muslims and Christians, war of political interests and dirty deals that destroyed so many human destinies. Muslims’ attack on the USA that led to the destruction of the Twin towers. And George bush was none better to respond - he paid like for like. The war began. Hatred took over mercy again. Civilized though we may call ourselves, we are far more brutal than our predecessors having more sophisticated weapons at our disposal.

Unfortunately, we are surrounded by hatred. We can see its roots in the media, then spreading into our families and sometimes affecting our nearest and dearest. Violence is more and more often seen in adolescents and researchers confirm that one in two children between seven to sixteen years has shown aggression at least once in his life. Love has gone out of our families letting hatred rule our destiny. Nearly a century ago the wise Buddhist philosopher Mohandas Gandhi said the following: “Hatred ever kills. What is obtained by hatred proves a burden in reality for it increases hatred.” But love isn’t gone. It’s just hidden but isn’t dead. Gandhi continues: “Love never dies. What is obtained by love is retained by all time.”

All in all, hatred breeds only hatred. But love can transform all negative feelings into a vast field with sweet– cented flowers. I hope that we will let them grow and flourish undisturbed by weeds. 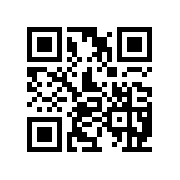 Is the man a good housekeeper of the planet