Animals are classified in many groups and subgroups so that all the classes of animals form a constant living chain. And man knows that if only one type died out from the face of our planet, there would certainly be other fatal consequences for some other species and man himself. And if the human race became extinct, animals would keep on living the same way or even better- unrestricted by man` s activities.

To begin with, our daily deeds and industrial activities are acknowledged to be quite harmful to the environment which is closely related to animals` way of life. If the eucalyptus, which is the basic diet for a koala, stopped growing in some parts of Asia and Australia because of sudden climatic changes, it would bring about the extinction of the koala, which, in its turn, would disturb the balance in the animal world. So, since animals are one of the three components which the animate world consists of, mankind would also be reached by some natural catastrophe. There are predictions claiming that if something like that should happen, there will be great damage to our way of life and we`ll realize that our role on earth is equal to that of plants and animals, and not more weighty.

Besides, we need animals as an everyday contribution to our well- being. We eat their meat and get eggs, wool, feather, skin from them to take full advantage of them. Moreover, we make use of their driving power and some animals as polar dogs, camels, elephants and horses serve us as an only possible vehicle in some climatic conditions. It` s more than obvious that animals could survive if we didn’t inhabit the green planet. They, together with plants, are connected in a complex biosystem which ensure them food, natural habitat and could easily get accustomed to an environment uninhabited by men. On the other hand, we wouldn`t survive without animals. We are higher on the bio ladder and can stay there only if all the animal and plant species also keep their places.

All in all, animals are at home in nature and could survive without our presence on earth. On the contrary, if we keep on killing foxes, wild cats, tigers for their fur, elephants for ivory, noble deer for trophies, we would upset the balance in nature and we wouldn`t get away only with statistics. 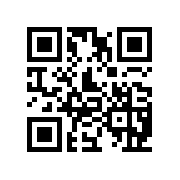 The View from My Window