Is the man a good housekeeper of the planet?

Is the man a good housekeeper of the planet?

The longer people dwell on earth, the worse place it will become. Man is certainly the worst housekeeper our planet could have. Human civilization degrades the environment, ruins the wildlife, causes global climate changes, carelessly ransacks the natural resources and all this for economic gain and public interest. We take all we want and give nothing back which eventually means that we destroy our home – the earth.
Firstly, man utterly neglects the environment. People drive their cars without a single thought of the damage that the exhaust gases cause. We keep producing electricity using coal or natural gas instead of alternative sources of energy; we both deplete the natural resources and contaminate the surrounding. We clear forests to produce furniture and paper but seldom do we plant new trees. For all the trials of the conservationists to improve the environment, the situation won’t get any better. It’ll just get worse a bit slower, because it takes a few hours to cut down a thousand of trees and many years for the new ones to grow.
Moreover, our industry emits so many pollutants in the air that together with the exhaust gases of the traffic they have caused the greenhouse effect and global warming. Global warming means not just general increase in temperatures; it means the coldest winters ever and heat that will cause drought. I’ve read many times about the change in temperature by two or three degrees. It doesn’t sound much, does it? That’s the way people think and they don’t take it seriously enough because it hasn’t affected their everyday life yet. As long as there is petrol in the gas stations people won’t stop driving their cars. A major shift in attitude needs to happen, more and more people should heed the environmentalists’ advice; factories are to stop disposing of by-products in rivers and seas.
Furthermore, governments keep developing new technologies for the needs of the army only. There are ways to protect the environment, but since they are not profitable they keep them secret. Governments make nuclear experiments causing great damage to nature, species are threatened with extinction. And they won’t use nuclear power for the good of humanity, for cheap and pure energy. They will keep it in case of a war. But as Albert Einstein have said: “I don’t know with what weapons World War III will be fought, but World War IV will be fought with sticks and stones.”
All in all, man will destroy the earth because of the amenities we think we need and the big companies’ economic profit. People will fight flat out for the last drop of petrol one day, there is already a war going on because of it. Man is a bad housekeeper of the planet. But this time we won’t be able to move house when the old one is falling apart. The earth is our only home. The species that is eventually threatened will extinction is humankind itself because of its own careless actions.

Some people believe that the Earth is being harmed (damaged) by human activity. Others feel that human activity makes the Earth a better place to live. What is your opinion? Use specific reasons and examples to support your answer.

It is doubtless that human activity has some negative influence on earth – such as pollution and animal extinction. However, compared to the benefits of it, the harm is not so significant and the total outcome of human activity is that the earth is becoming a better place to live.

First, the most important benefit of human activity is the inventions in medicine. Medicine and health care have advanced during the centuries, resolving some of the most vicious troubles of mankind. For example, plague killed millions of people during the Middle Ages and now mankind has almost got rid of it. It is obvious that a world without such a disease is a better place to live.

Furthermore, human activity entails development of human society. One of the greatest benefits of it is the improved educational system, making knowledge accessible to many more people. I’m convinced that a place with many educated and intelligent people is a good place to live.

Also, human activity on earth makes it a more cultivated and civilized place. Thus, the communication between people is improved as it has become possible to travel thousands of kilometers in a short time or communicate with other people from a distance, using the latest technologies as the Internet. The more people communicate, the better they understand and accept each other. For example, I have known many foreigners through ICQ and other Internet chat programs. This experience has helped me understand people from different cultures and races better and has made me a more tolerant person. I believe that this is the way for solving the problem with wars and hostility among people on earth.

All in all, the earth has become a better place to live due to human activity, but it is still far from perfect. People shall keep trying to improve their planet, but also consider the negative side effects of their activity and take measures to diminish pollution and animal mistreatment. 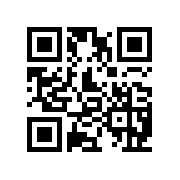 The Role of Sport in Modern World

ALL THE WORLDS A STAGE AND ALL THE MEN AND WOMEN

What makes a good friend