Today’s children are far away from what we used to call ‘childhood’. Subtly the media, their parents and the ‘being-modern’’ tendency are putting an end to it and now children face up to reality of life before they can tell good from bad.

On the one hand, fifty years ago children had their own games and topics to discuss, but nowadays they are thrust into the adult world from their birth. For example, there used to be many films especially made for children while now even the animated flicks specifically designed for kids often have scenes of violence and obscene language. Besides, children’s clothes are made as copies of those of adults. I can hardly accept that a twelve-year-old girl is dressed up like a twenty-five-year old woman and even with a stronger make-up. For every part of human life there’s a right time and we should give children the possibility to have a carefree and cheerful childhood.

On the other hand, children find it modern to be capable of speaking about financial problems, crooked politicians and sexual life even when kids don’t know exactly what those mean. Every day children watch suicides, trials against fathers who beat their wives, incompetent politicians and other essential problems of the adult society presented in the media. Furthermore, sex is no longer a taboo even for the youngsters and more and more teenagers try ‘what it feels like’ just out of curiosity and without thinking of the consequences. However, all these do not make children more mature and responsible. Such an attitude simply robs them of the best time of their lives which should be inhabited by noble knights or adventurous heroes not by serial killers or dying animals.

All in all, today’s children don’t have a real childhood without any problems and worries – they are pushed into an adult world before being prepared for it and if this tendency goes on , before very long we’ll be coming across weird kids who would not have heard of Pippi the Longstocking or Winnie the Pooh. 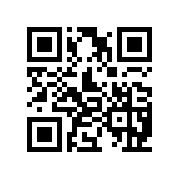