I don’t read books and i prefer watching TV to reading a book.I’ll describe one of my favourite films.Its name is A Cindarella Story.The script of the film is great but that’s not the only reason i like the film.I like it also because of the actors playng in it.Two of my favourtie actors-Chad Michael Murray and Hilary Duff play the leading roles in the film.
The story of the film is about a rich and well-known boy which falls in love with a poor and unknown girl. The boy,named Ostin and the girl,named Sam,study at the same college. Ostin is the most handsome and famous boy in the college and Sam works as a waitress.Ostin is unhappy although he is always surrounded by a lot of people.He feels happy only when he is chatting or writing messages with Sam.He hasn’t ever met her,he even doesn’t know her name but he know that he has fallen in love with her. One day Ostin decides to meet the unknown girl and invites her to a Halloween party.When Ostin sees her he realises that she is the most beautiful girl he has ever seen although he can’t see her face because of the mask that she is wearing.Ostin is infatuated by her eyes.

Unfortunately Sam doesn’t tell Osting her name at the party.The other day he wants to find her but nobody knows her name.Later on everybody realise that the mysterious girl is a waitress.All Ostin’s friends start offending Sam but Ostin can’t do anything because if he vindicates his reputation may be destroyed.Fortunately he realises that there’s nothing that is worth but Sam.He understands that neither his carrer as a soccer-player,nor his family and friends are important.The most important thing for him is his love for Sam,he gives up everything and goes away with Sam.
I found a quote that describes the film:”The film is what dreams are made of”and I agree to it. 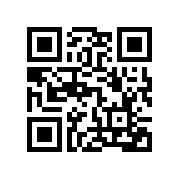