What Can Young People Learn From the Older Generation?

What Can Young People Learn From the Older Generation?

Young people can learn many useful lessons, which have been proved in practice by the older generation, keeping in mind the words of their elders and betters. New generations can also borrow from the attitude and values of the ripe aged people.
Basically, young people should never forget that there is nothing which starts with them and nothing which ends with them. Therefore, they ought to pay due respect to those in advanced age. Adolescents should also pay attention to the words of the older ones. Doing so, they could broaden not only their general knowledge but their practical skills as well. For example, a child could always learn how to nail, how to repair something or how to chose the best water-melon on the market from his or her grandparents.
Obviously, elderly people were also young once. And even if it seems ages ago, they could still give valuable tips of advice to the youth, since they have already gone the path from childhood to maturity. Furthermore, people of advanced age are our living memory. And memory, even if it cannot be defined is what actually creates mankind. In that respect, we ought to consider elderly people as guardians of our heritage. History books are less precise concerning the events which took place in Eastern Europe during and after the World War II than my grandfather’s juvenile memories. Memories of air battles, in some of which he was a participant, falling buildings, skies black of bombers, mass graves of soldiers and mass executions of the enemies of the state. He narrates his stories as vividly as no history book can.
Admittedly, young people should be aware of the fact, that many elderly people are very conservative on some matters, such as religion, politics, globalization, sexuality. But learning in depth different views helps the young to create their own outlook of life and stop swimming with the current. Eventually, one should understand that the truth of today is not necessary better than the truth of yesterday.

In conclusion, the older generation is a source of useful information and the keeper of our traditions and values. Young people should be aware of that and not ostracize the elders. As the saying goes “Bow down to the past and you will see the future in your feet.” 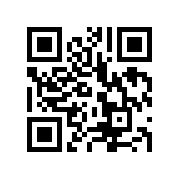 hy Do Some People Take Up Dangerous Sports

APPEARANCES CAN BE DECEIVING AGREE OR DISAGREE