APPEARANCES CAN BE DECEIVING. AGREE OR DISAGREE

APPEARANCES CAN BE DECEIVING.

A lot of research has been carried out into the relation between appearance and character. In my opinion, appearance is much more than just a wrapping or a mask. It reflects the personality. Besides, it plays a great role in making a good impression on somebody. Thus it can be revealing, not deceiving.

To begin with, our gestures and looks can show our thoughts and feelings. We may try to lie to somebody but our eyes would give us away. Words can be deceiving but not the appearance. Over time, actions and emotions can “leave traces” on people’s faces. Thus, afterwards, we can “read” the written and size somebody up just by the wrinkles on his face. They show us joy, laughter, care-free state or anger, jealousy, malice. To illustrate, Dorian Gray wouldn’t have been so handsome if the portrait had not taken all his ill deeds and wickedness. Peter Dunov also has a study on how our gestures show the real state of mind and how appearance reveals typical traits of our character. He explains the unconscious reflex to move ourselves while talking or thinking. As a result, we see the body and discover the soul. The shape of brow, eyes, ears, fingers and also movements help us guess some of the personal points of the man opposite us.

Moreover, the world’s diversity depends on the different appearances. But for them, we would live in a grey and boring world. In addition, we often judge people by our first impression – we first like somebody because of their good looks and then we make an acquaintance with them. So, we need to be attractive to get a job or to make somebody fall in love with us. According to the Greek mythology, for example, the beautiful appearance is a symbol of bravery and strength, which are supposed to have been the most valuable traits. Nowadays, we do not consider beauty as physical power but we seek for it in every face and soul as a proof of virtue.

To sum up, appearance is like a mirror of the character and considering Oscar Wilde’s “Only shallow people don’t judge by appearance” we cannot deny its importance. 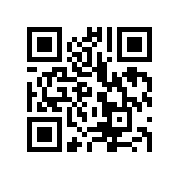 What Can Young People Learn From the Older Generation